Hingham, Massachusetts The Old Ship Church is one of America’s great religious treasures.  Dating from the late 7th century, it is the oldest church in continuous use in the United States, having been used for worship every year for over three hundred and thirty years.  It is also the oldest surviving Puritan Meeting House in the United States, and the only remaining church … END_OF_DOCUMENT_TOKEN_TO_BE_REPLACED 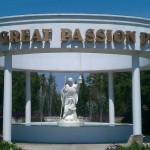 Eureka Springs, Arkansas Eureka Springs, Arkansas is home to a number of interesting Christian sites, largely a legacy of Gerald Smith.  A prominent if controversial figure, Smith turned Eureka Springs into something of a religious vacation destination.  Here he established a center with everything from a Bible Museum to the largest statue of Christ in the United States.  … END_OF_DOCUMENT_TOKEN_TO_BE_REPLACED

Buffalo, New York The YMCA, an international Christian services organization, has been active in the United States since its founding in the mid-19th century.  Of the thousands of branches in America, the oldest and most historic branch still in existence is in Buffalo, New York.  Dating from the 1850s, the Buffalo YMCA was the second to be founded, and it is an important … END_OF_DOCUMENT_TOKEN_TO_BE_REPLACED 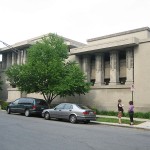 Oak Park, Illinois; Elkins Park, Pennsylvania; Milwaukee, Wisconsin Frank Lloyd Wright, arguably the greatest architect in American history and one of the pivotal figures of the modern architecture movement, made his impact on modern church design as much as he impacted everything else (homes, commercial buildings, hotels and so on).  Over the course of his career Wright … END_OF_DOCUMENT_TOKEN_TO_BE_REPLACED 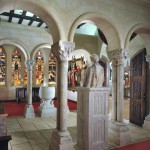 Greenville, South Carolina Bob Jones University is one of the best known Christian colleges in the South.  Among other things it is home to a hidden gem, the BJU Museum and Gallery, which houses an excellent collection of religious artwork and books.  Although also a secular art museum, it is famous for its variety of religious exhibits which include antique Bibles, Orthodox … END_OF_DOCUMENT_TOKEN_TO_BE_REPLACED 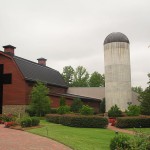 Charlotte, North Carolina Billy Graham, among the most famous and influential Protestant ministers in recent history, has made a major and lasting impact on modern-day Christianity in America.  Nowhere is this more strongly felt than in Charlotte, North Carolina, Graham’s hometown, and the site of the Billy Graham Evangelistic Association.  The association, which was formed … END_OF_DOCUMENT_TOKEN_TO_BE_REPLACED 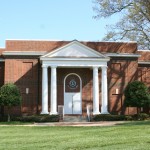 West Nyack, New York; Des Plaines, Illinois; Atlanta, Georgia; Rancho Palos Verdes, California The Salvation Army is arguably the most famous of all Protestant missionary organizations.  Founded by William Booth in London in the 1860s, it made its way across the Atlantic in 1880, where it has since become the largest charitable institution in the United States.  Hundreds of … END_OF_DOCUMENT_TOKEN_TO_BE_REPLACED 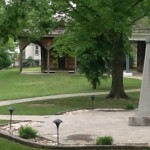 St. Louis, Missouri The Lutheran Church has long been cognizant of its history, and in recent decades museums dedicated to Lutheran religion and culture have begun to spring up around the country.  Thanks to the presence of the Lutheran Church Missouri Synod headquarters in St. Louis, some of the best Lutheran museum sites can be found in the area of east-central Missouri.  … END_OF_DOCUMENT_TOKEN_TO_BE_REPLACED 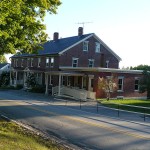 Canterbury, New Hampshire The Canterbury Shaker Village in New Hampshire is probably the best surviving Shaker community in the United States.  Founded in the late 18th century, it was one of several idealized religious communities to be established at the time.  It is undoubtedly one of the best preserved, with over two dozen of its original buildings still standing and in … END_OF_DOCUMENT_TOKEN_TO_BE_REPLACED

Savannah, Georgia Christ Church, sometimes called the Mother Church of Georgia, is arguably the most historic colonial church of the southern colonies.  Established in the 1730s, it boasts two of America’s most storied religious figures among its ministers: George Whitefield, and John Wesley.  Although an Episcopal Church since its founding, Christ Church of Savannah is … END_OF_DOCUMENT_TOKEN_TO_BE_REPLACED