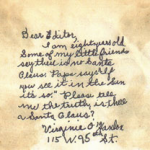 Chatham & Sleepy Hollow, New York On September 21, 1897, the New York Sun ran an inconspicuous little editorial which appeared below a bicycle advertisement.  It was entitled Is There A Santa Claus?, and it has gone on to become one of the most famous editorials ever written.  The first sentence of the second paragraph, which reads “Yes Virginia, There Is A Santa Claus”, … END_OF_DOCUMENT_TOKEN_TO_BE_REPLACED 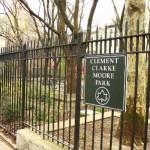 New York City, New York Over the centuries there has been much written about the iconic Christmas figure, Santa Claus.  But the work that did more to define the modern-day image of this jolly old elf was the poem A Visit From St. Nicholas, also known as Twas the Night Before Christmas.  Published anonymously in the Troy Sentinel in 1823, this most famous of holiday poems has … END_OF_DOCUMENT_TOKEN_TO_BE_REPLACED

London, England & New York City, New York With the exception of the Nativity and Santa Claus, there is no holiday phenomenon bigger than Charles Dicken’s immortal classic, A Christmas Carol.  If The Nutcracker is Christmas’ musical cornerstone, than A Christmas Carol is its literary counterpart.  Aside from being one of the great masterpieces of the 19th century, Dickens … END_OF_DOCUMENT_TOKEN_TO_BE_REPLACED 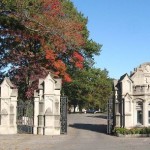 New York City, New York Woodlawn Cemetery in the northern New York City borough of the Bronx is home to the gravesite of not one, not two, but three of the most prominent Christmas song composers of all time: Victor Herbert, Irving Berlin and Johnny Marks.  All three emerged as major players on the New York City music scene in the first half of the 20th century, and each … END_OF_DOCUMENT_TOKEN_TO_BE_REPLACED 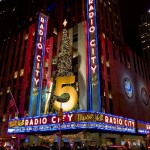 New York City, New York When it comes to Christmastime performances, nobody puts on a holiday show like New York City.  The Big Apple is home to three of the most accalimed holiday performances in the world: Handel’s Messiah at Carnegie Hall; George Ballanchine’s production of The Nutcracker at Lincoln Center, and the Radio City Christmas Spectacular at Radio City Music … END_OF_DOCUMENT_TOKEN_TO_BE_REPLACED 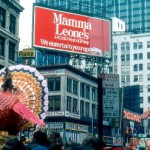 New York, New York For more than a century, Santa Claus and his helpers have been popping up in department stores all over the world, greeting children and taking mental notes concerning each young supplicant’s Christmas wishlist.  But thanks to the 1947 Christmas classic movie Miracle on 34th Street and a phenomenal marketing effort, Macy’s flagship department store in New … END_OF_DOCUMENT_TOKEN_TO_BE_REPLACED 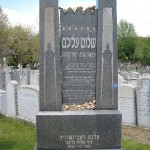 Glendale, New York As New York City evolved into a major center of world Judaism in the early 20th century, it became home to a vibrant Jewish culture that played an integral role in the development of contemporary America.  New York Jews thrived in every profession, including finance, law, medicine, academia and countless other areas.  However, it is for its contribution to … END_OF_DOCUMENT_TOKEN_TO_BE_REPLACED

Buffalo, New York The YMCA, an international Christian services organization, has been active in the United States since its founding in the mid-19th century.  Of the thousands of branches in America, the oldest and most historic branch still in existence is in Buffalo, New York.  Dating from the 1850s, the Buffalo YMCA was the second to be founded, and it is an important … END_OF_DOCUMENT_TOKEN_TO_BE_REPLACED 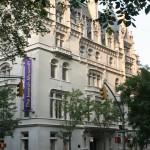 New York, New York The Jewish Museum of New York is the oldest and largest institution of its kind in the world.  Founded in the early years of the 20th century, it became the prototype on which hundreds of future Jewish museums around the world would be modeled.  An integral part of New York City’s famous museum mile, this century-old collection boasts well over twenty … END_OF_DOCUMENT_TOKEN_TO_BE_REPLACED 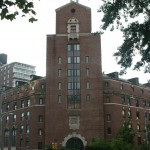 New York, New York The Jewish Theological Seminary of America is the premier seminary of Conservative Judaism in the United States and one of the most imporant Jewish universities in the Western Hemisphere.  A successor school to the Jewish Theological Seminary of Breslau in Poland (previously in Germany), it has been a major Jewish institution in New York since the late 19th … END_OF_DOCUMENT_TOKEN_TO_BE_REPLACED