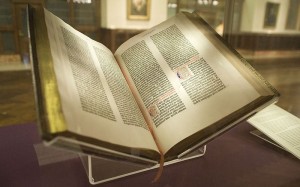 The Complete Pilgrim turned four today, and this proud papa needs to do some bragging! While closing in on our 350,000th page hit, I went into Google Analytics to see what my most popular articles have been.  With over twelve hundred written so far, I identified the ten articles which have generated the most traffic (not including the Table of Content pages).

So, for those of you who are interested, here is a little stroll down memory lane:

This was one of TCP’s earliest articles, and one of my favorites. Over the course of his long and impressive career, Wright designed some of the most iconic and fascinating houses of worship in the 20th century.  My personal favorite is the spaceship-like Annunciation Greek Orthodox Church in Milwaukee, Wisconsin.

When it comes to huge statues of religious figures, nobody beats the Roman Catholic Church. There are more than a few titanic statues of Jesus and Mary scattered around the world, with most of the best known to be found in Latin America.  And the tallest of them all?  Surprisingly it’s not Christ the Redeemer in Rio de Janeiro.  It’s actually the Virgin of Peace, which towers over Trujillo, Venezuela.

8. Ancient Haran and the Tomb of Terah

This hidden gem of Biblical history can be found near the modern day city of Harran in Turkey. According to tradition, Abraham passed through here on his journey to Canaan sometime around the 19th century BC.  The Bible suggests that Terah, the father of Abraham, is buried here.

7. How Many Churches and Denominations are there in America and the World?

I wrote this article kind of on a whim, though I am genuinely curious about the answer, which is somewhat vague. Here was the best info I was able to come up with:  There are between eight and sixteen million actual church buildings around the world, of which three hundred thousand are in the United States.  There are approximately nine thousand mainstream Christian denominations in the world, and about twenty-two thousand independent denominations.  Seems like a lot.

There are hundreds of great Biblical sites scattered around the Middle East, with many of these located (not surprisingly) in Israel. Some of the very best of these are to be found in the West Bank, where few western tourists go, which is really a shame.  Probably the least visited of all is one of the best, the Tomb of Joshua.  Tucked away in the city of Kifl Hares in Palestine, there are serious bragging rights for Christian and Jewish pilgrims who manage to visit.

Okay, I am really proud of this one, while at the same time it baffles me. As the home church of the Pope, head of the Roman Catholic Church, there are hundreds of websites that talk about visiting St. Peter’s.  You have to scroll down dozens of pages to see where The Complete Pilgrim even shows up in a Google search.  But somehow a lot of people are getting to this page.  Woo Hoo!

Job is one of the Bible’s most enigmatic figures, at least in terms of his history. Although the Book of Job appears later in the Bible, he may have been a contemporary of Abraham as he came from the land of the Chaldees.  The country of Oman, which is not too far geographically, claims his tomb.  Amazingly, it may actually be the correct site.

3. Were there Egyptians among the Israelites of the Exodus?

According to the Bible, there was a huge explosion in the population of the Israelites between their arrival in Egypt and their departure four hundred years later. Even a spectacular birth rate doesn’t seem to explain this, so where did all the extra people come from?  Were there other slave groups?  Retreating Hyksos?  The world may never know.

Every summer I take a break from writing about religious sites and do a series on American history. Of all of these articles, the most popular, hands down, was on America’s colonial settlements.  These living museums, frozen in time, constitute some of America’s most popular summer road trip destinations.  And the best?  Not surprisingly, Colonial Williamsburg in Virginia.

1. Where to See a Gutenberg Bible in America

The most popular article ever on The Complete Pilgrim, tens of thousands of readers have landed here over the last three years. As of the time of its writing, there were nine of these venerable books to be found in the United States (I haven’t checked up to see if this still the case).  The most commonly seen is undoubtedly that which is on prominent display in the Library of Congress in Washington, DC.

Thanks for four years of your support!