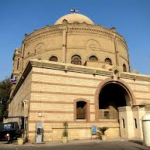 Cairo, Egypt The Church of Sts. Sergius & Bacchus is believed to be the oldest church in Cairo and one of the oldest in Egypt.  According to tradition, it stands upon the site where Mary, Joseph and the Infant Jesus resided while in exile in Egypt.  It is also one of Christianity’s most sacred shrines in Egypt.  Named for Sergius and Bacchus, two soldiers who served in … END_OF_DOCUMENT_TOKEN_TO_BE_REPLACED 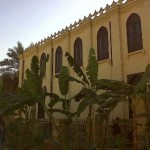 Cairo, Egypt The Ben Ezra Synagogue is one of the surviving remnants of the once great Jewish community of Egypt.  A synagogue has stood on this spot since the 9th century, more than a hundred years before the Fatimids made Cairo their capital.  Because of the relative security of the Jews in Egypt, Cairo became one of the biggest repositories of Jewish knowledge during the … END_OF_DOCUMENT_TOKEN_TO_BE_REPLACED 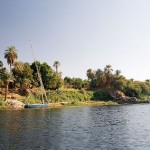 Aswan, Egypt The Israelite Temple on Elephantine Isle in the south of Egypt is one of the least known and most poorly understood important Jewish monuments in the world.  From the time of the destruction of Solomon’s Temple in 586 BC until its reconstruction, the Elephantine Temple was a critical center of Jewish religious life and priestly activity.  The origins of the Temple … END_OF_DOCUMENT_TOKEN_TO_BE_REPLACED 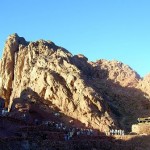 Feran, Egypt Mount Sinai, also called Jabal Musa by the local Bedouins, is the site traditionally identified as the Biblical Mount Sinai, and has been unofficially recognized as such by a majority of Jews, Christians and Muslims for many centuries.  It is a place highly revered by all three faiths, and because of its out-of-the-way location in the southern Sinai Peninsula, … END_OF_DOCUMENT_TOKEN_TO_BE_REPLACED 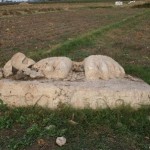 Tel el-Da’ba, Egypt The Land of Goshen in Egypt was home to the Israelite tribes from the arrival of Joseph and his brothers until their departure under Moses sometime around the 15th century BC.  Little remains of their habitation in this empty region east of the Nile River Delta, though the handiwork of their centuries in bondage can be found in the multitude of ruins in … END_OF_DOCUMENT_TOKEN_TO_BE_REPLACED 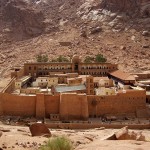 Feran, Egypt St. Catherine’s Monastery in the Sinai Peninsula in Egypt is one of Christianity’s greatest ancient treasures.  Officially known as The Sacred and Imperial Monastery of the God-Trodden Mount of Sinai, it is home to one of the oldest Christian churches still in use: the Chapel of the Burning Bush.  It is also home to one of Christianity’s most venerable library … END_OF_DOCUMENT_TOKEN_TO_BE_REPLACED 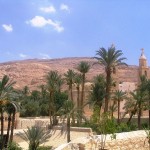 Zafarana, Egypt When the pious Anthony arrived on the shores of the Gulf of Suez in the 4th century in his quest for solitude and a more Godly life, little did he know that he would be initiating what would become one of Christianity’s favorite pastimes: monasticism.  A small, and by some accounts completely unwanted, following of the famous hermit later emulated his example … END_OF_DOCUMENT_TOKEN_TO_BE_REPLACED 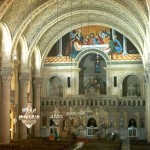 Alexandria, Egypt For almost two thousand years, Alexandria has been home to one of Christianity’s five great Patriarchal seats.  It was once considered, and still is by the Coptic Orthodox Church, the Papal See of Africa, and according to tradition the Patriarch is still technically the senior bishop of that continent.  However, that tradition is obscured by the fact that … END_OF_DOCUMENT_TOKEN_TO_BE_REPLACED