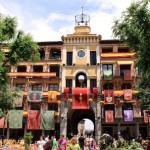 Toledo, Spain During the latter years of the 15th century, the Plaza de Zocodover in Toledo, Spain was ground zero for the most infamous, if not the worst, persecution of the Jewish people in European history prior to the Holocaust: the Autos de Fe of the Spanish Inquisition.  From 1485 to 1492, Toledo was the headquarters of Tomas de Torquemada, the Grand Inquisitor of … END_OF_DOCUMENT_TOKEN_TO_BE_REPLACED 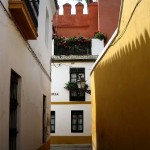 Several Locations, Spain During the centuries when the Moors ruled the Iberian Peninsula, southern Spain, or Andalusiam, became the most important center of Jewish life in Europe.  The various Islamic dynasties which ruled in Spain were, on the whole, more tolerant of Jews than in other places, and the Jewish community rose to a level of political and cultural influence that … END_OF_DOCUMENT_TOKEN_TO_BE_REPLACED 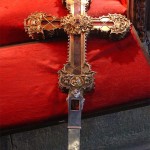 Cantabria, Spain The Santo Toribia De Liebana Monastery, tucked quietly away in a northern corner of Spain, has long harbored one of Christianity’s most coveted artifacts: the largest extent piece of the True Cross that Jesus was crucified upon.  Although critics have expressed pessimism at the authenticity of the True Cross as early as the 4th century AD, there is little … END_OF_DOCUMENT_TOKEN_TO_BE_REPLACED 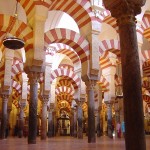 Cordoba, Spain The Mezquita of Spain is one of Christianity’s greatest architectural oddities.  That is because it is, in fact, a converted mosque.  But not just any mosque; it was built by the Umayyads during their occupation of Spain, and was at the time of its construction the largest and grandest mosque in the world outside of Mecca.  After the Reconquista of Cordoba in … END_OF_DOCUMENT_TOKEN_TO_BE_REPLACED 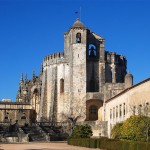 Tomar, Portugal When the Templars arrived in Western Iberia in 1160 AD, they built a string of fortresses to help secure their territories from the Moors.  The greatest of these, the Convento de Christo, is the finest surviving medieval castle in Portugal and one of the finest surviving Templar fortresses anywhere.  After their dissolution, most of what survived of the … END_OF_DOCUMENT_TOKEN_TO_BE_REPLACED 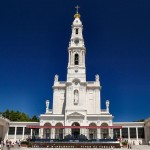 Fatima, Portugal The Sanctuary of Our Lady of Fatima is the most revered Catholic site in Portugal.  It stands on the site where a trio of young children witnessed an apparition of the Virgin Mary in 1917.  Small compared to the much larger Marian Shrines at Lourdes and Aparecida, it is nevertheless one of the finest 20th century cathedrals in Europe.  Although it is perhaps … END_OF_DOCUMENT_TOKEN_TO_BE_REPLACED 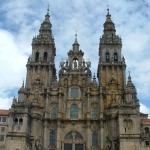 Santiago De Compostela, Spain The city of Santiago de Compostela is one of only a handful of cathedrals generally recognized to be the site of an apostolic tomb: that of James the Greater.  According to a somewhat confusing tradition, the remains of James were brought here following his martyrdom at the hands of King Herod around the year 44 AD.  The first cathedral was … END_OF_DOCUMENT_TOKEN_TO_BE_REPLACED