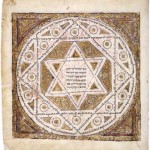 St. Petersburg, Russia Tucked away in the massive collection of the National Library of Russia in St. Petersburg is an unassuming book of priceless importance to the Jewish community: the Leningrad Codex, the oldest complete copy of the Hebrew Bible in the world.  The Leningrad Codex, which achieved its status after portions of the Aleppo Codex were lost in the mid-20th … END_OF_DOCUMENT_TOKEN_TO_BE_REPLACED 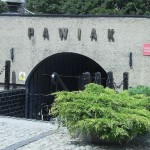 Warsaw, Poland By the beginning of the 20th century, the idea of confinement to a ghetto as a way of life for Jews had been all but abolished.  However, the concept was reintroduced and took on a whole new meaning under the Nazi regime of Adolf Hitler.  In the Third Reich, the ghettos of Europe went from being thriving Jewish neighborhoods to virtual prisons from which Jews … END_OF_DOCUMENT_TOKEN_TO_BE_REPLACED 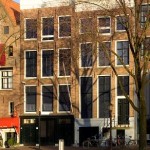 Amsterdam, The Netherlands The somewhat misnamed Anne Frank House is actually a former office-warehouse building where the famous young Jewish girl lived in hiding with her family for two years.  She chronicled her experience in one of history’s most famous diaries.  Though there were many places throughout Nazi-occupied Europe where compassionate and courageous people … END_OF_DOCUMENT_TOKEN_TO_BE_REPLACED 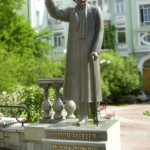 Pereiaslav-Khmelnytskyi, Ukraine From Baruch Spinoza to Moses Mendelssohn and beyond, the Jewish Enlightenment in Europe produced countless writers and academics who explored and expounded on the religious ideas and philosophies of the day.  However, it wasn’t until the late 19th century when the literary titan Sholem Aleichem effectively introduced humor and cultural … END_OF_DOCUMENT_TOKEN_TO_BE_REPLACED 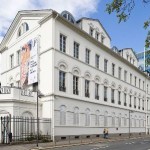 Frankfurt, Germany For more than two centuries, the name Rothschild has conjured up visions of fabulous wealth and international prestige.  The Rothschilds, an immensely influential dynasty of Jewish bankers and financiers, was for a time one of the wealthiest familes in the world.  With their ancestral home in Frankfurt, Germany, the Rothschilds later expanded into England, … END_OF_DOCUMENT_TOKEN_TO_BE_REPLACED 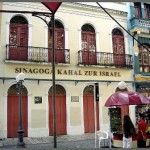 Recife, Brazil Brazil was home to both the first clandestine Jewish communites and the first openly Jewish communities in the New World.  The former arrived as refugees from Portugal at the beginning of the 16th century, the latter as colonists from the Netherlands at the beginning of the 17th century.  Brazil was the mother colony of Judaism in the Americas, and it was from … END_OF_DOCUMENT_TOKEN_TO_BE_REPLACED 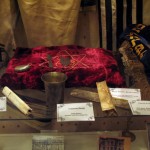 Odessa, Ukraine The Jewish people have suffered the persecutions of their neighbors ever since the beginning of the great Diaspora.  However, it wasn’t until the 19th century in Russia when organized anti-Semitic activity was raised to a new level in the form of the Pogrom.  Russia, whose expansive territories not only had one of the largest Jewish populations in the world … END_OF_DOCUMENT_TOKEN_TO_BE_REPLACED 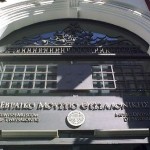 Thessalonika, Greece The Jewish community of Thessalonika is one of the oldest Jewish communities in continual existence in Europe, and for a while was the largest.  Established perhaps as early as the 2nd century BC, it is still in existence to this day.  The Ets Chaim Synagogue of Thessalonika, which was founded in the 1st century AD and survived for nearly two millennia, … END_OF_DOCUMENT_TOKEN_TO_BE_REPLACED 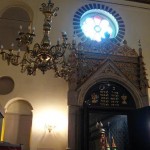 Istanbul, Turkey The Jewish community of Istanbul is the largest in the Middle East outside of Israel.  Although Turkey’s Jewish population has dwindled from half a million to less than twenty thousand in the past century, it is still the most important and influential Jewish community in a Muslim-majority state.  There are many synagogues still active in Turkey, including … END_OF_DOCUMENT_TOKEN_TO_BE_REPLACED 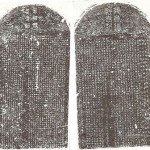 Kaifeng, China One of the most remote and mysterious Jewish communities in the world has always been that of Kaifeng, China.  Dating at least as far back as the 10th century AD, and possibly much farther, both the origins and subsequent history of the Jews of Kaifeng have been all but forgotten.  However, these little-known Jews left behind an interesting legacy in the form … END_OF_DOCUMENT_TOKEN_TO_BE_REPLACED